July 12, 2009
Although it was never possible to exclusively assign different Myers Briggs types to certain Enneagram points, extensive research has proven that a statistically significant correlation does exist between the two typologies.

Different studies provided somewhat different data, however there are many similarities among the results, so I will focus on these particular correlations that remain valid in a large number of cases.

The following table reflects the reseach results of many studies and theories (revealed to us by different experts such as John Fudjack, Patricia Dinkelaker, Don Riso, Richard Hudson, Elisabeth Wagele and others), but also my personal vision on the matter, based on my own theories.

I put the MB types in order of their prevalence in each Enneazone, from left to right for each frequency group (the meaning of 'often', 'sometimes' and 'rarely' is explained at the end of the table).

I think it's important to remember that these associations are not set in stone, therefore there is no rule in what concerns the relationships between the two typologies. There are INTPs who are Fours, INFPs who are Ones or Eights, ESTJs who are Twos and all sorts of seemingly unlikely combinations. They are rare, but nonetheless they do exist. It's what makes the human personality so diverse and fascinating – you can never really nail it down to a stereotype and it will always find ways to surprise you whenever you try to label it or box it.

These correlation tables can be very useful when you're having some trouble deciding your type - let's say you know your Enneagram point to be 8 and you can't decide between ESFJ and ESTJ: according to statistics, the odds are that you're probably an ESTJ. This doesn't mean it's 100% certain that you are, but that there are higher chances. That's what statistics can do for us.

Here is a table with statistical survey data, first presented in an article by Andrea Isaacs and John Fudjack in the 'Enneagram Monthly', in March 1996.

This second table indicates the calculated i-values(density) for each type correlation. It is based on the data from the previous table:

And finally, the following chart provides some interesting hypotheses on the possible Jungian prototypes for each Enneazone and it's based on the i-values table.

In a future article, I will also discuss 'type misfits' – people who don't seem to act their type, people who are hard to label or categorize, and also strange combinations such as ESTP Twos or INFJ Sevens.
Enneagram Myers Briggs Type Correlations

Sigilkitty said…
These are interesting, however, rather than stating which is frequent, occasional and rare, you could put the actual percentage of the correlations. Statistical significance, as anyone who has ever taken a stats class knows, can often be quite small and still be "significant."

Also, including the research methodology would be helpful. Most enneagram/MBTI studies only correlate how people test. In other words, people who *test* as four often *test* as INFJ and INFP, people who *test* as ENFP and ENTP often *test* as type seven. So, if your highest score is four, you're likely to also test as INFx. However, typing consultations and time with the system could yield very different results. For that reason, correlation studies could be misleading when typing oneself, since all they can predict is how you're likely to test.
July 13, 2009 at 11:07 AM

INTP said…
You're right, Dasein, and it's a really good idea to specify the percentage. The only trouble is I need to find these exact figures, so I'll do some research and edit the post when and if I find them.

Not all studies that I considered for the table correlated mere test results, a couple of them were conducted by therapists that claimed to actually have interviewed people in person (through private sessions or workshops).
July 14, 2009 at 1:02 AM

Sysha said…
hey!
this was the first helpful article i found! i am an ENFP with enneagram 3 with second highest score 4 and then 7 (neck to neck) and it just wasnt making sense.

is 3w4/7 unhealthy? i read something about healthy--> unhealthy stages of a enneagram so i wanted to ask if they are correlated with the wing?

Sysha said…
hey!
this was the first helpful article i found! i am an ENFP and my enneagram is 3 with second highest scores being 4 and then 7 (neck to neck).
and it just wasnt making sense.

is 3w4/7 unhealthy?
i read something about healthy--> unhealthy stages of an enneagram (1-->9)so i wanted to ask if they are correlated with the wings?

Anonymous said…
Introverted Eights and extroverted Nines are much more common than they are usually documented to be. The thing is that withdrawn in Enneagram / Hornevian terms doesn't equal introverted in Jungian terms, and the same applies for assertive and extroverted.
The thing is that the central motivation for type Eight is independence, and the direction that some Eights go in to establish this is introversion. In these cases they are always "assertive introverts", and usually score as extroverts on tests, simply because it is not an acknowledged fact that being an introvert isn't synonymous with being timid and shy.
The same applies to Nines; the central motivation for type Nine is harmony in their environment, and while introversion is still more common for Nines, it still occurs reasonably frequently for Nines to become outward-facing; gentle extroverts who live through the people around them.
February 24, 2016 at 2:31 AM

Anonymous said…
I personally find that Type Nine is characterised by the Feeling trait, but, as you said, there are exceptions.
May 27, 2016 at 5:28 AM

Unknown said…
I identify as INFJ/INFP with an 8 omni type, I am frequently at odds with myself. It makes me feel confused on a regular basis.
December 29, 2016 at 8:28 AM

Popular posts from this blog

November 29, 2009
This is a new free Enneagram test I have developed. It has 171 items and it will take you about 20 minutes to complete. The accuracy of the final version of the test is rather high, considering the data so far. The sample consisted of 198 people that had previously decided on their Enneagram type (of course, all 9 Enneatypes were represented in the sample). T he highest score indicated the correct type in 82,6% of the cases . The main type was among the first two highest scores in 95,6% of the cases, and among the first three in 97,2% of the cases. I will make updates of the test's accuracy as I gather more data, but I don't expect radical changes to the figures. Part I: Selection Check all the traits that you think apply to you: Pragmatic Aesthetic Detached Clumsy Spontaneous Powerful Indulgent Nit-picking Sentimental Self-promoting Capricious Reserved Alert Joker Vigorous Patient Principled Demonstrative Go-getter Dramatic Receptive Ingenious Rigorous Warm-hearted E
Read more

November 22, 2009
This is a list of descriptions for all the Enneagram Tritypes of type Five: it explores the flavours that each tritype configuration can bring to this type. Therefore they are by no means complete depictions of type Five and must be viewed as additions and orientations of the main characteristics of the leading type (which will remain fundamental). If you are a type Five and have decided on your tritype as well, feel free to leave a comment on how you experience it and how well the specific description fits you. There is always room for improvement. 5-2-1 : these Fives enjoy using their knowledge and expertise in the benefit of others and are typically attracted to humanitarian causes. They are more altruistic and generous than other Fives and also more social, involved and controlling. They want to help other people and usually do it by teaching them how to help themselves – they can make good teachers. However they have some trouble with acknowledging their own problems
Read more 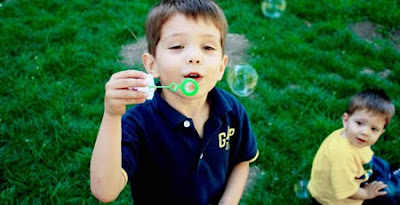 I've recently come across a really interesting article that promotes a different hypothesis of how Enneagram types form during childhood and I thought I should present it briefly on the blog. It's commonly accepted that the Enneagram type has both a genetic component and an environmental component and it's their interaction that decides the final typology. This theory states that there are three major innate orientations of the personality and that we are all born with one of them prevalent over the other two. Furthermore, it suggests that each of the nine Enneagram types is a consequence of the way in which the child's preferred inborn orientation (the hereditary component) interacts with the one that their parent - or main caretaker - has towards them in the forming years (the environmental component). Three Basic Orientations The three orientations are an expression of the Law of Three, on which the entire Enneagram concept is based. This law stat
Read more

INTP
I'm a psychology lover, with a strong interest in the Enneagram and Myers Briggs personality systems.